I was born in 1963 and graduated with honors in foreign languages and literatures (English, German and Russian) from Pisa University with a doctoral dissertation on Thom Gunn’s poetry. I taught for a period at Arizona State University, specializing in Contemporary American Poetry, and also translated into English a book of poems by the Italian poet Francesco Saverio Tolone, Lazy Saints of the South/Pigri Santi del Meridione, South Ash Press, Tempe, Arizona, 1992.

I have conducted research at the Universities of Genoa and Milan where in 1997 I received my PhD in English Studies with a dissertation on the phenomenology of space and place in D.H. Lawrence. My research was published in Italy in 1998 and later in USA with the title Space and Place in the Works of D.H. Lawrence (McFarland 2002), with excellent reviews in many international literary journals including Literary Research/Recherché Litteraire, D.H. Lawrence Review, Studies in the Humanities. I have edited Twilight in Italy and Other Essays by D.H. Lawrence for Penguin Twentieth Century Classics (1997) and have published numerous articles on D.H. Lawrence and other 19th and 20th century authors. I have also worked on the relationship between literature and the visual arts and have published essays on Ruskin, Lawrence, Cézanne, and the poetry of Thom Gunn and Caravaggio. In addition I have edited and translated a book of short stories by John Mortimer which has been published as Avventure di un avvocato: Rumpole all’ ‘Old Bailey’ (1999, reprinted in 2003). The book is part of a series of novels exploring the language of law in literature, with Remo Ceserani as general editor. My translation of the critical edition of Sons and Lovers by D.H. Lawrence, first published in Great Britain in 1992, came out in 2003 (Einaudi). With Michael Hollington I have edited a monographic volume of Textus (2006) on Writing and the Idea of Authority. My recent publications include the volume The Poetry of Thom Gunn: A Critical Study, with a foreword by Clive Wilmer (McFarland, 2009), with very good reviews in the following literary journals, Studies in the Humanities, 26 (1), 2009, pp. 55-56, Anglistik: International Journal of English Studies, 22 (1), 2011, pp. 210-212, The Use of English: The English Association Journal for Teachers of English, 61 (1), 2009, pp. 79-86. The book has been recently evaluated as excellent by the Italian Research Evaluation System (VQR), the essay on history and myth in the volume New D.H. Lawrence, edited by Howard Booth (2009), the study on popular and avant-garde dance in D.H. Lawrence in Lake Garda: Gateway to Lawrence’s Journey to the Sun (Cambridge Scholars Publishing, 2013), and “Kasbahs and Souks: Wyndham Lewis’s Civilized Barbary” (2014); the latter is part of a University group project on Modernism and the Mediterranean: Political Debate and Literary Imagination; the essay on W. Lewis was evaluated as excellent by the latest Research Evaluation System (VQR). The new bilingual edition and translation of The Fox by D.H. Larwence came out in June 2017 (Marsilio,Venice), edited and translated by Stefania Michelucci.  Current book projects include a volume on Representations of the British Aristocracy, 19th century to present, edited by Ian Duncan, Stefania Michelucci and Luisa Villa, Jefferson, McFarland, 2018, and an experimental book on Thom Gunn, based on the Symposium I organized last year at UC Berkeley (Transient and Resident: Thom Gunn, A Symposium, 2nd December 2016, Department of English, UC Berkeley).

Since 2003 I has been reader for the international literary journals D.H. Lawrence Review (from 2017 I am also a member of the Editorial Board) and The Journal of D.H. Lawrence Studies and from 2000 to 2007 I was also part of the Editorial Board of the French literary journal on line E-Rea. I am a member of CCILC (Co-ordinating Committee for International Lawrence Conferences), from which I was elected Executive Co-director of the 13th D.H. Lawrence International Conference (D.H. Lawrence: New Lives, New Utterances, New Perspectives, 23-27 June 2014, Gargnano sul Garda, Italy) and voted to give a keynote lecture. I have co-edited (with Paul Poplawski) a special issue of the D.H. Lawrence Review on Lawrence and art (40:1, 2015). Since the 1990s, when I was a PhD student, I have taken part in many international research projects, including John Ruskin and Modernism, Milan 1997 (PRIN), Il Cézanne degli scrittori, dei poeti e dei filosofi, Milan 1999-2000),  PRIN – Transits: The Nomadic Geographies of English and American Modernism, 2008, Milan, Genoa and Triest), Modernismo e Mediterraneo: dibattito politico e immaginario letterario (Modernism and Mediterranean: political debate and literary imagination, Genoa). Current University Research Projects, sponsored by the University of Genoa, include Representations of the British Aristocracy between the xixth and xxth Century, with a study of D.H. Lawrence’s controversial novel Lady Chatterley’s Lover, and Nature and Ethology from Ancient Times to the xviith century, with a study of the representation of childhood and innocence in the British Metaphysical poet Thomas Traherne.

In 2014 I was granted a short-term fellowship from the Japan Society for the Promotion of Science to do research and deliver some lectures on D.H. Lawrence at Kyoto Tachibana University and at Keio University in Tokyo, hosted by Professor Masashi Asai (Kyoto) and Hiroshi Muto (Tokyo).

In 2015 and 2016, during the Fall Semester I have been a Visiting Scholar at UC Berkeley (California) where I have organized a Symposium on the Anglo-American Poet Thom Gunn and lectured on “D.H. Lawrence’s Etruscan Seduction” at the Del Chiaro Center for Ancient Italian Studies and at the University of New Mexico at Albuquerque.

From October 2017 to February 2018 I have been a short term Visiting Scholar at the University of California, Berkeley, where I have also worked at cooperation agreement between UC Berkeley and the University of Genoa. I am now the referent for the exchange.

In July 2018 I have been asked to become a member of the International Advisory Board for the 2020 International Conference, “Re-Orientating E.M. Forster”, Cambridge.

Recent academic research projects include the edition of a book on Representation of the British Aristocracy, 19th century –present, with Ian Duncan and Luisa Villa, an essay on D.H. Lawrence and Translation for The Edinburgh Companion to D.H. Lawrence, edited by Catherine Brown and Sue Reid and an book on the poetry of Thom Gunn with will include memories, interviews, unpublished and unedited material.

2020: Coordination of a COST project (European Network) on Communication, Trust and Strategies of Resistance. 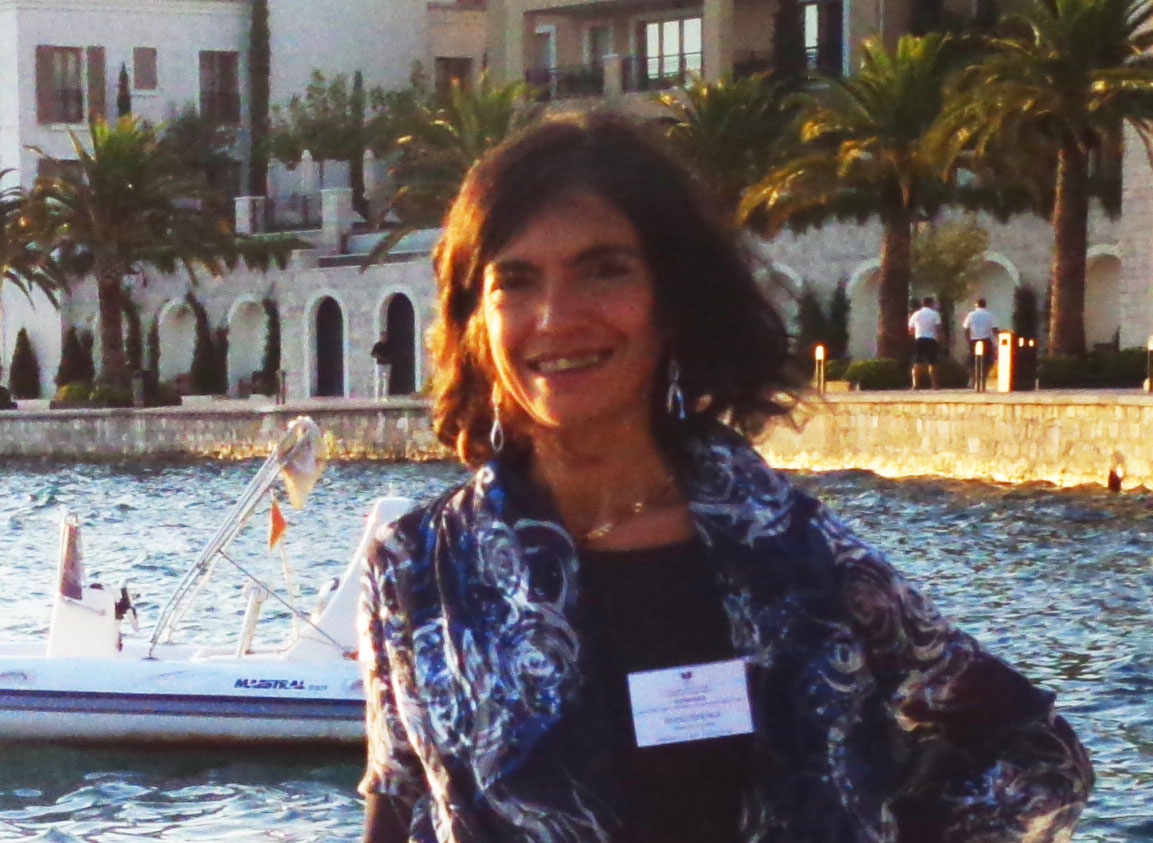